Tonight WVIA television presented the 2004 movie Food Inc as a fundraiser. My wife and I viewed it 18 months ago. It was the last time she ate meat.

Here is the beginning of the movie. It sets the tone and gives you a fairly good sense of what is to come:

While the movie deals with many alarming issues in its three segments, the most disturbing is the documentation of Monsanto Corporation’s systematic attempt to control the world seed and food supply through legal intimidation and ruin.

Monsanto is a very evil company. I will call it Mammonsanto:

Another film, The Future of Food is an excellent treatment of Monanto’s attempt to control the food chain. Here is the trailer (go to the website to see the entire film):

And even Glenn Beck seems alarmed:

With this being the thirtieth anniversary of  John Lennon’s death, it is insulting to note that Mammonsanto has trademarked the word “imagine” as its own:

Imagine no Monsanto, Its easy if you try…

And getting back to WVIA, good job showing Food Inc. Now how about airing Gasland , Bill Kelly!  That is what public broadcasting is supposed to be about. (My wife and I have supported WVIA radio for thirty years.)

If you are afraid of sponsor backlash, you are no better than a commercial enterprise. That is not what public broadcasting is supposed to be.

making cute faces
from inside the tube.

Celebrity and corporations are all part of the same country club.  It has always been “okay” to sell crap to children.  Just walk down the cereal aisle  at a conventional grocery.

We market to children through  trusted characters like Doctor Heathcliff Huxtable    Hey kids!  Eat our trainloads of empty calories made from trainloads of cheap commodities and chemicals.   It is sooooooooooooooo good!

And of course, if Bill Cosby thinks it is good – it must be so.

If it is okay to sell bullshit “cereal”  to children, it is also okay to jeopardize their water and air.  It is all the same mindset:  “catch me if you can” -ism.

it is time for the state to act to protect the health and the rights of the citizens of Pennsylvania rather than looking out for big business and their bottom lines.

“natural” gas is NOT “clean energy”

From the Safe Water Movement’s petition to support a total ban on gas drilling in low-permeable deposits in New York State:

1. With a failure rate of between 2 to 8 percent, horizontal drilling and hydrofracking pose an unacceptable risk to our drinking water and the quality of groundwater, aquifers, lakes and streams.

13.Recent preliminary assessments reveal that “natural” gas is not “clean energy” but rather just another polluting, non-renewable fossil fuel contributing to global warming”

The Dirty Truth Behind Hydrofracking (from Environmental Graffiti )

The Dirty Secret of Shale Gas (from Motley Fool)

You are trailer trash until they need you

they are in charge.

Users
bruisers
and the uninspired,

they call the shots.

Do you love this world
and rejoice in it?

Or do you relish the smell of diesel?

Do you love
democracy?

Or do you love
this privileged form of governance?

(It seems the difference
between God and a fallen preacher.)

That would be American

“The world’s whole petroleum resource is estimated at a million terawatts, which happens to be equal to the amount of solar energy that reaches the earth every day.”

above quote from The Independent Home by Michael Potts

Just as the world is moving forward with sustainable and alternative energy sources and management, we are allowing our piece of it to be raped and plundered by Big Gas.

Just as the United States consumers are buying more and more locally, we allow our farmland to become an industrial zone.

We are willing to let a small minority of our fellow citizens pollute the resources one hundred percent of us use. What is sane or democratic about that? We all share this halo of air and water.

Our aim should be to make each home energy independent.  No monthly bills.  That is what we can leave our children.  That would be American. 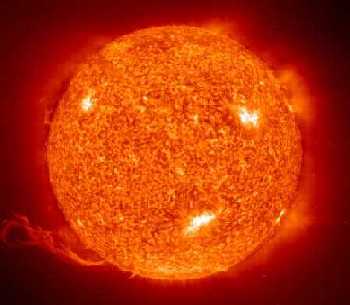 My daughter lives in West Virginia near the PA border. Here are some articles she sent to me about a fish kill on a creek 30 MILES LONG! The kill was caused by a gas company allowing fracking fluid into abandoned mines.
This happened last September.

www.post-gazette.com
A bloom of toxic alien algae is being blamed for killing thousands of fish, mussels and other forms of aquatic life in more than 30 miles of Dunkard Creek along the Pennsylvania-West Virginia border this month.

wvgazette.com
Three weeks ago, fish started dying in Dunkard Creek, a scenic stream that winds along the West Virginia-Pennsylvania border in Monongalia County