crucified to the grid

They charge me monthly,

here is your “American” energy independence

Europe’s largest oil company said it will pay cash for East Resources, a Pennsylvania company that owns more than 2,500 oil and natural gas wells in the United States. It also controls 1.25 million acres of land, mostly in the energy-rich Marcellus Shale region that runs from New York to southwest Virginia.

Shell CEO Peter Voser said the acquisition fit with plans to “grow and upgrade” its holdings of shale gas in North America.

International energy companies have aggressively sought a bigger foothold in the U.S. oil shale industry, even with natural gas prices slumping to less than half of what they were in 2008.

See rest of article via link above.

My thoughts and my sentiments are that the citizens are in a war here, a war to protect our water supply and the very air that we breathe, but are so out-powered and out-numbered by the huge money of the gas industry, who can buy our politicians and spread their propaganda faster than a wildfire. Incidentally, if and when one of these gas wells blows up, their is potential for a wildfire, not to mention the toxic chemicals it will spew into the air for a hundred miles or so.

The Zoning Hearing for the approval to give the go-ahead to EnCana to drill their well in Lake Township was a slam dunk before the hearing even began. The citizens had no chance at all, and I was convinced of this when I saw the extremely affectionate exchanges between the members of our Zoning Board and the representatives of EnCana at the table before the hearing began. EnCana sends in what appear to be ordinary citizens just like you and I. It would be far easier to enter into strong debate with the big shots in their fancy suits. These people all live in either Wyoming or Colorado so why would they care about our water & air quality. They are highly paid employees of the gas industry. While the citizens were strongly warned not to discuss water issues, EnCana proceeded to show their propaganda power point presentation and talk a whole lot about water! After all, isn’t water one of the most important issues in gas drilling operations? Millions of gallons of water are required for the fracking process of each individual well. Toxic chemicals are added to it before it gets put into the ground, and toxic chemicals remain in the portion of it that comes back up. The gas industry will put huge demands on our water supply and they have the potential to contaminate what water remains. Our small, rural communities are not ready for the gas industry. We are not trained or prepared to handle a gas well fire! In fact, we simply are not trained for any of this, and neither is DEP! Should we have the heavy rains we experienced in June of 2006 which destroyed roads and bridges, not to mention the near collapse of the Huntsville Dam, the plastic liner in the gas company “pit” will not keep it from over-flowing or the sides blowing out, and the toxic ingredients of the pits contaminating nearby creeks, streams, lakes, and yes, our aquifers!

As I take a look out over Harveys Lake and watch the trees slowly move to the breeze, and smell the clean air that is coming through my windows, I wonder what this scene will be in a few years, after the gas industry has bought out everyone, taken the gas and their money, and gone back to Colorado?

God help us all.

And here is  comment on the “political skullduggery” some people feel it was.

I think the decision is a foot in the door.

Here is an interview with Robert Howarth: Cornell scientist tarnishes natural gas’s clean image If his ideas and calculations hold up to peer review, it is a powerful argument against the planned Frackathon coming our way.

This article Halliburton Hunts New Bacteria Killer to Protect Shale-Gas Boom was sent to me by a couple members. It addresses the industry’s attempt to take biocides out of the fracking fluid. It seems like there is a proprietary race to find a cost effective technique which will eliminate the biocides. Money, not concern for the public, is the motivator:

“Environmental issues generally begin to be addressed after companies realize there will be a financial cost if they don’t act.”  said Geoff Kieburtz, an analyst at Weeden & Co. in Greenwich, Connecticut.

It is horrifying that we have to fight our own government to save the environment. ~Ansel Adams 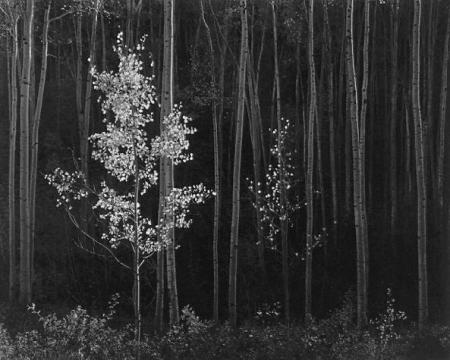 An opinion by Molly M:

Rep. Mundy clearly enumerated where she stood on the issue of water pollution caused by gas drilling. She is against any activity which could contaminate the Huntsville and Ceasetown reservoirs. These reservoirs supply water to 97,000 people in the Wyoming Valley area.

A HUGE thank you to her for taking a stance and striving to protect our public health and precious environment. And, also, a thank you to Representative “Bud” George, chairman of the committee, for assuring us that “the water belongs to the people, not the gas companies.”

Article I of the Pennsylvania State Constitution:

The people have a right to clean air, pure water, and to the preservation of the natural, scenic, historic and esthetic values of the environment. Pennsylvania’s public natural resources are the common property of all the people, including generations yet to come. As trustee of these resources, the Commonwealth shall conserve and maintain them for the benefit of all the people.