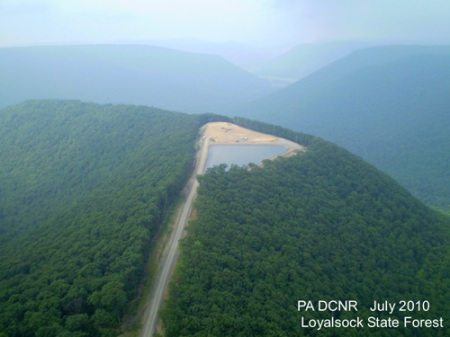 Call it The Pennsylvania House of Representatives.

On January 24th, the BIG PILE adopted House Resolution 535 by a unanimous vote of 193-0. The Resolution declares the year 2012 as the “Year of the Bible” and goes on to state:

RESOLVED, That the House of Representatives declare 2012 as
the “Year of the Bible” in Pennsylvania in recognition of both
the formative influence of the Bible on our Commonwealth and
nation and our national need to study and apply the teachings of the holy scriptures.

On so many levels this is wrong.

First, it is unconstitutional.

Secondly, it is intellectually incongruent.   It asserts the notion that our government’s behavior ought to be based on a particular “holy book”.  Isn’t that the problem in Afghanistan?

Also, it is hypocritical. The Pennsylvania legislature’s behavior has been blatantly antithetical to the bible values I know – especially, to those passages which call for the stewardship of God’s creation. Not the desecration of it.

Further, it is sadly dismissive  (and, therefore, inaccurate and inherently divisive) of all the other belief systems which helped establish our collective ethos.

And, it is an incredible waste of public time and resources.