At the Rally to Restore Sanity and/or Fear 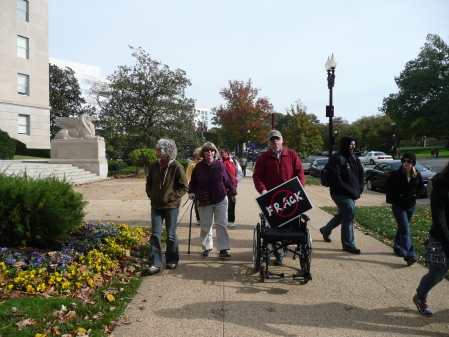 We took mister NoFrack Sign along, hoping to raise some consciousness.  Also, we  knew there was always a possibility his image might make the national media.   At the very least, we thought him a conversation starter. 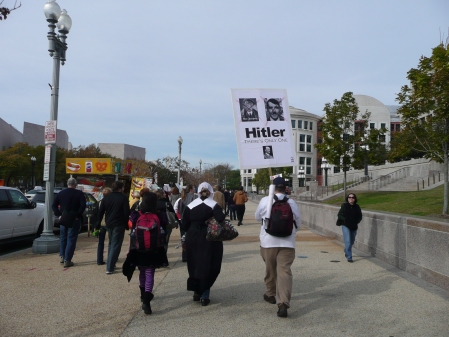 As we  walked to the National Mall, it became clear this event would include costumes, signs, and a festive sense of play.  The closer we got, the more we realized it would also to be well attended. 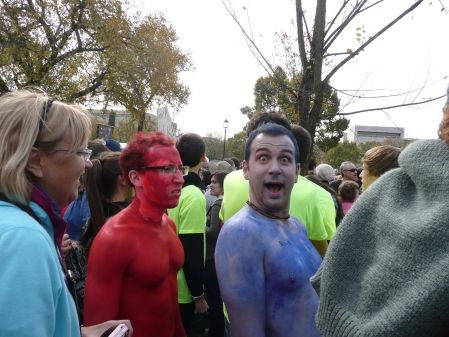 “I Screwed You All.  But Thanks for Blaming it on the Black Guy”

We were unable to get near the stage or jumbo-trons so we carried our sign along Constitution Avenue.  We were greeted by many call outs from New York, Pennsylvania, and West Virginia people.  We spoke with folks who were active in the fight, and we were formally interviewed by an area weekly.  People were constantly taking pictures of the sign and asking what it meant.  Many thought it was a reference to the television show Battle Star Galactica which, we were told, uses the word “frack” as a euphemism for the word  “f*ck”.   One guy even shouted out  “Yea, that’s right, stop using fake curse words!”

A mother and daughter from New Jersey. 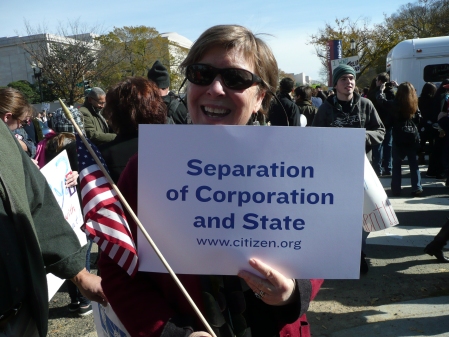 The crux of the matter.

This entry was posted on Monday, November 1st, 2010 at 2:32 am and is filed under "fracing", "fracking", corporations, corporatocracy, Daily Show, Jon Stewart, lobbyists, Marcellus Shale, No Frack, politicians, politics, pollution, Rally to Restore Sanity, Stephen Colbert. You can follow any responses to this entry through the RSS 2.0 feed. You can leave a response, or trackback from your own site.